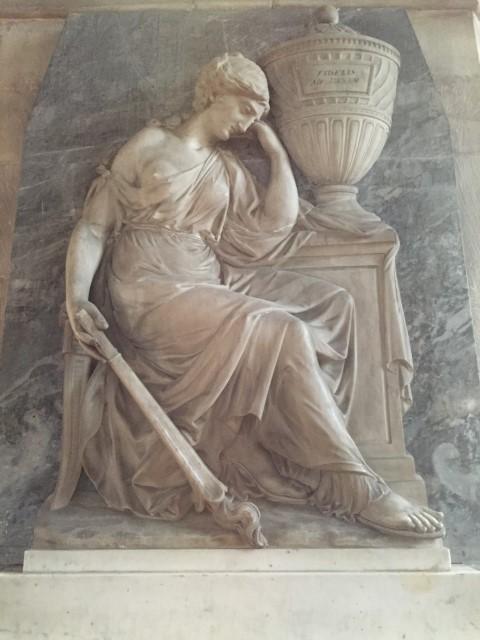 If you would like to download a copy of the information on this page please click on the following link: Features of the church
Please note: after you click the above link please check your downloads folder.

The ‘Golden’ Chapel, built in 1510 by Henry Vernon who was the guardian-tutor of Prince Arthur, the son of Henry Vll and older brother of Henry Vlll. It has a magnificent fan-vaulted ceiling earning the Church the reputation of being the ‘Westminster Abbey of the Midlands’, now the only surviving example of medieval fan-vaulting in Shropshire.

In 1892, when the Church had its last major restoration, an unbroken pre-reformation stone altar top with consecration crosses still visible was discovered in the chapel; some of the original painted rood (or wall painting) can still be seen but almost all the gilding for which the chapel got its name has long gone.

The Church contains one of the country’s finest collections of medieval tombs and effigies, dating between 1410 – 1632, that trace the history of Tong Castle and its Church. Documented in detail in William Dugdale’s ‘Visitation of Shropshire’ in 1663, people still come from far and wide to visit and especially to photograph the effigies. Most are carved in alabaster and are fairly complete, giving amongst other things a unique progressive history of medieval armour from the 15th to 17th centuries. The tombs honour important people connected to Tong, including Sir Richard Vernon (1451) who was Speaker of the House of Commons, Treasurer of Calais and Knight Constable of England. Humphrey Vernon (one of the three sons of Sir Henry Vernon buried in the church) and his wife Alice are commemorated on an alabaster slab (c.1531) with incised effigies still visible set on a (later) stone plinth. The most recent tomb is of Sir Edward Stanley (d.1576), and it has been convincingly argued by Helen Moorwood in her book ‘Shakespeare’s Stanley Epitaphs’ that the epitaphs at either end of the double-decker tomb are by William Shakespeare, a family friend.

The oak roof of the nave and porch is original and enriched with carved bosses. A number of original 15th century pews are still in place with carved bench ends.

The feel of the interior of the building is still perpendicular gothic with a view uphill through the original carved wooden chancel screen (made by John Babyn whose name is  carved into the screen near the Stanley tomb) towards the high altar and aisle side screens.

The East and West Windows

The East window was designed by Charles Kempe (1902), in Pre-Raphaelite style, recently restored in 2014. He also designed the West window, using pieces of 15th century glass that were rescued from the depredations of the Civil War, including a depiction of Edmund King & Martyr (restored 2010).

Tong bells are of high significance

The Great Bell of Tong, a bourdon bell weighing 2 ½ tons and the ninth biggest in the country (the biggest swung bell in Shropshire), was originally cast in 1518 and subsequently recast following damage during the Civil War.

The bells have to be rung from floor level which means there is a very long draft so they can only be rung by experienced people.

Several artefacts which belong to Tong:

Externally, there is the surviving ruin of the medieval almshouses which were incorporated into the complex in 1410, but judging by the stonework may be comparable in date to Whiteladies Priory. They were for 13 destitute people. In the 19th century, George Durant, the owner of the Tong estate removed the alms-houses, leaving one original outside wall standing. The church yard contains an old preaching cross turned into a sundial by Thomas Ore, clockmaker (Grade 2 listed) which may have been moved from Tong Norton; and one tomb (Durant family) in the churchyard is listed Grade 2

i) Inserted in the vestry floor is the vault of Archdeacon Charles Buckeridge and his family (dated c1830)
ii) 12 mid/late 19th century diamond plain quarry glazed windows
iii) the fictitious grave marked ‘the reputed grave of Little Nell’, reflecting Tong’s connections with Charles Dickens and his novel ‘The Old Curiosity Shop’
iv) many 18th century memorials
v) some medieval glazed floor tiles in the Golden Chapel
vi) set of fine tapestry kneelers worked by people in the parish towards the end of the 20th century
vii) a brass millennium map of Tong parish and its residents in the year 2000.
viii) The benefactions board hanging in the north aisle showing both practical and financial donations to the poor of the parish from the gentry.
ix) The Churchwardens of 1892 drew up some rules about when the Great Bell could be rung. They were anxious to preserve the stability of the tower. As well as Christmas, Easter and St. Bartholomew’s Day ( 24th August) are itemised the birth of an heir to the throne and a visit to Tong by the head of the Vernon family. There are also the days when the bell could be tolled. 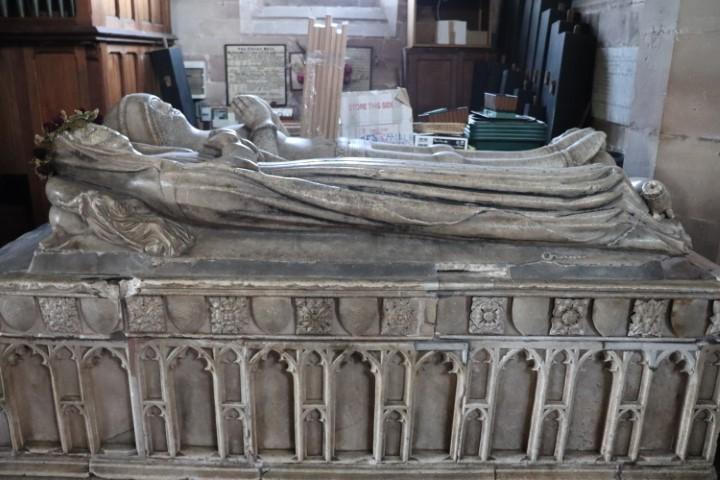 Working towards a bright future…

Looking after the valuable infrastructure of the church as it has evolved over the centuries, whilst at the same time ensuring that it is fit for a range of purposes deemed important in the twentry first century is an on going challenge.  You can find out how we are rising to that challenge on the pages dedicated to the 2020 Vision Project by clicking the link below.

The Tong Vision for 2020 and beyond had a target to raise £500,000 over 3 years in order to fund urgent and
essential restoration work, and to ensure that all visitors and congregations can continue to enjoy this unique building! If you can
offer your support either financially, in-kind or otherwise, please contact Revd Pippa Thorneycroft ( pippa.thorneycroft@icloud.com ) or
the Vission2020 “Support Us” page on this web site, or visit our JustGiving page by clicking on the image, below.

A big thank you to all our supporters! Particular thanks go to the following:

Find us on Facebook:
If you have visited us, for whatever reason,  we would really appreciate it if you would visit our Facebook page and leave a comment, review or a picture or two!
Facebook link

The Tong Vision for 2020 and beyond has a target to raise £500,000 over the next 3 years in order to fund urgent and
essential restoration work, and to ensure that all visitors and congregations can continue to enjoy this unique building!

If you can offer your support either financially, in-kind or otherwise, please contact Revd Pippa Thorneycroft (pippa.thorneycroft@icloud.com) or visit our JustGiving page by clicking the image, below.

At present there are no toilet facilities at Tong Church.  For an organised tour and at weddings, baptisms and funerals as well as Sunday services, access to the Parish Hall (two minutes walk) is available.  For concerts and fêtes we usually provide portaloos.

If you find it difficult to walk up the slope to church to attend services please let us know by sending someone ahead or Tel: 07970 869011 and we will provide assistance. We regret that we are unable to offer this support during the week for visitors.